Dr. Yeduguri Sandinti Rajasekhara Reddy, popularly known as YSR, is an astute politician and a charismatic mass leader who has carved for himself a niche in State politics by his exemplary devotion and dedication to the uplift of the downtrodden and neglected segments of society. Born on July 8, 1949, in Pulivendula in the backward Rayalaseema region, YSR has always struggled to secure the rights of the poor and the underprivileged.

Son of late Sri YS Raja Reddy, a dynamic leader in his heyday, Rajasekhara Reddy evinced interest in politics right from his student days. While studying in MR Medical College, Gulbarga, Karnataka, he served as president of the Students union. He was elected leader of the House Surgeon’s Association in SV Medical College, Tirupati.

After completing MBBS, he served as Medical Officer at the Jammalamadugu Mission Hospital for a brief period. In 1973, he established a 70-bed charitable hospital, named after his father late YS Raja Reddy at Pulivendula. His family established one polytechnic and one degree college in Pulivendula, which were later handed over to the well-known Loyola group of institutions.

Rajasekhara Reddy’s sound business acumen, entrepreneurial skills, and, above all, his transparency brought him laurels in the business arena. On the flip side, his success also brought him many adversaries, political and otherwise, who were desperately looking for a shred of evidence to prove umpteen charges against him. In the end, their mud-slinging did not yield a single point that could paint the mass leader in bad light. In fact, his detractors became red-faced, as they had to swallow their words.

Groomed by a family deeply involved in public service, YSR entered active politics in 1978 and contested elections, four times to enter the State Legislative Assembly and an equal number of times to enter the Lower House of Parliament. A winner in all that he does, YSR won all the elections he contested. Even today his admirers exclaim: “He (YSR) defeats defeat.”

During his 25-year-long political career, YSR has served the people in multiple capacities, both in Government as well as in Party. He was President of the Andhra Pradesh Congress Committee (APCC) twice – 1983-1985 and 1998-2000. During 1980-1983, he was a minister holding important portfolios related to Rural Development, Medical & Health and Education etc. From 1999 to 2004 he was the Leader of Opposition in the eleventh state assembly.

As a champion of the masses, his stentorian voice in the assembly, raised particularly during debates that sought to lend voice to the voiceless millions, forced the Government to retrace several anti-people steps it contemplated. YSR has been instrumental in orchestrating several mass struggles, while highlighting issues facing peasants, weavers, Dalits, youth and women. His relentless fight for clearance of pending irrigation projects, particularly in the backward Rayalaseema region, has earned for him a special place in the hearts of millions of farmers. His unremitting struggle against certain anti-people economic measures that were sought to be introduced in the name of “reforms”, including the frequent increases in power tariff and indiscriminate privatization of public sector units, exalted him far above the street smart politicians.

Even as a novice in the legislature, YSR rallied all the Congress MLAs from the Rayalaseema region and led an indefinite hunger strike demanding solution to the water crisis. He also led a Paadayaatra from Lepakshi to Pothireddipadu in Kurnool district. The 14-day hunger strike of legislators under his leadership in August 2000 to register protest against the hike in power charges is still fresh in the memory of people. By systematically exposing the misdeeds of the then Government, both inside and outside the Assembly, YSR was playing his political role to the hilt.

During mid-summer in 2003, he led an unprecedented 1400 Km long Paadayaatra covering all backward areas in the state to understand the ground realities of living conditions of the people there.

Now, as chief minister, the crowning glory of this studded political career, he can proudly claim to be the quintessence of a politician who, with vision focused on the coming generations as well, has earned the title of a statesman. Amidst a bewildering number of turncoats among politicians, who thrive in “shifting loyalties”, YSR stands out as a sterling example of the old guard in pristine Indian politics.

This explains why he has never turned his back on the Congress party, which nurtured his political moorings. The lure of power and pelf could not divert him, when the party was briefly out of power, from his mission to hold the reins of power as a trusted lieutenant of the Congress and, more importantly, as a darling of the masses. Sworn in as Chief Minister of Andhra Pradesh on 14.05.2004. 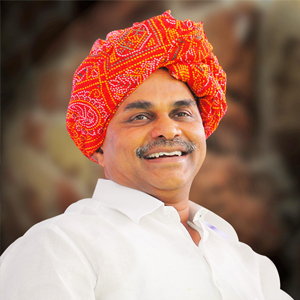 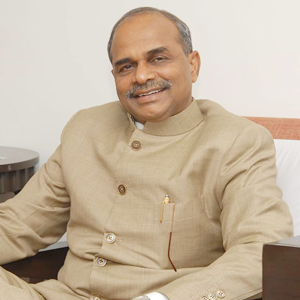 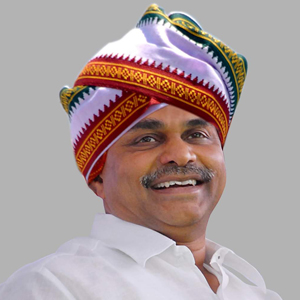 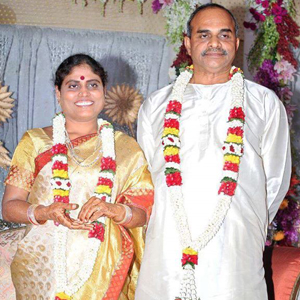 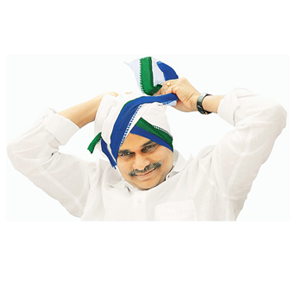 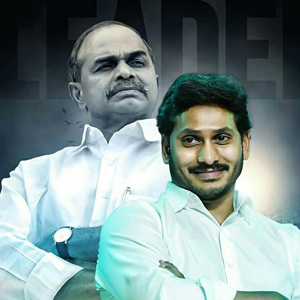